What is your Marathon? 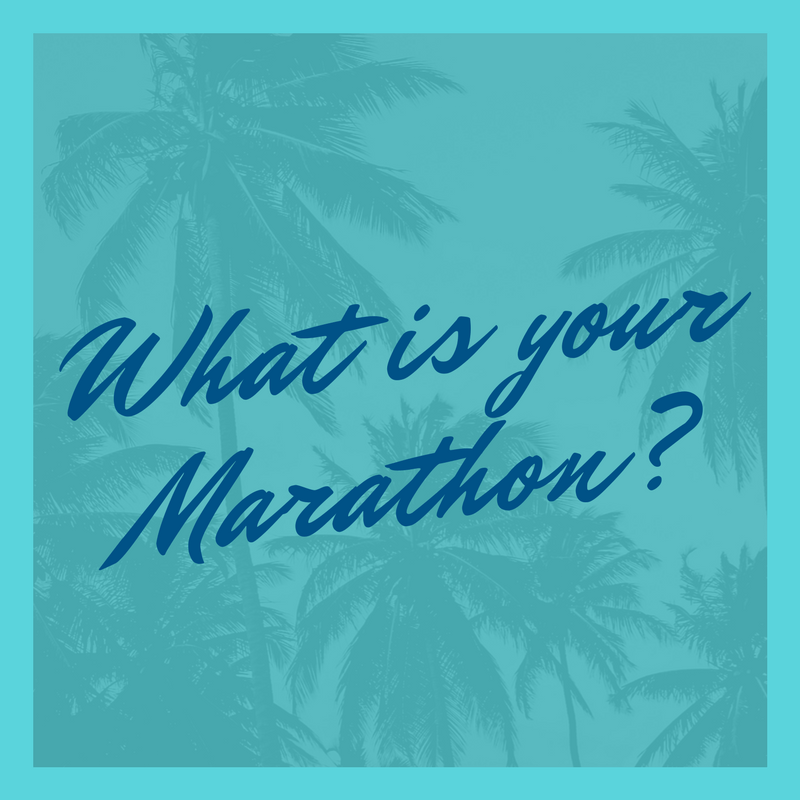 I just signed up for a marathon. Haven’t ever run one. But luckily, I get an entire month to complete it and it’s indoors on a treadmill with a group. I’m doing this at Orangetheory Fitness in Westchase, and I would never have thought to do it if they hadn’t thrown in the free t-shirt. The approach at Orangetheory is called Group Personal Training, and the concept applies to so much of what we are doing today.

Group Personal Training is how you surround yourself with others who agree to set goals and most of all KEEP SHOWING UP! It works because it’s a combination of three “C’s” – competition, cooperation and collaboration. Being part of a group or a team keeps everyone accountable and on track, and we all need to feel like we have supporters around us.

We also have to choose to be around people that motivate us. In the words of Jim Rohn, “you are the average of the 5 people you spend the most time with.” So if you want to meet your goals, you need to make sure you are on the right leadership team.

Last night, at the Greater Tampa Bay Women in Defense event at Fore Seasons Indoor Golf in St Pete, the speaker was Juliane Gallina, an expert in cognitive computing. She could have fascinated the group discussing new technology and analytics used to predict scenarios and responses. Instead she talked about leadership, and finding your own role. A graduate of the US Naval Academy, she talked about athletics – crew, running and lacrosse – and how she participated in team sports even though everyone else on the team competed at a much higher level than she could (except for the time she screamed encouragement at her teammate Bobbi just in time to win a major crew event.) But her greatest source of pride was talking about her roommate, Sherri, who pulled together a team and a coach and started the program that later became the women’s lacrosse team for Navy. They got something started, kept at it and knew that staying with the program would give results that would impact others long after their time at Annapolis was over.

So back to the Marathon. Think about your own goals. It’s not about speed, it’s about endurance. It’s about commitment. It’s about keeping a positive attitude. It’s about pushing yourself when you want to give up. And it’s about setting goals that make sense for you.

What is your Marathon?

Remember that It's Friday